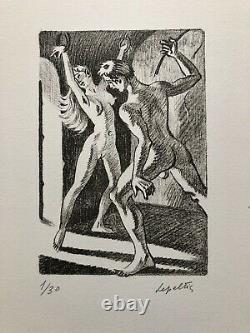 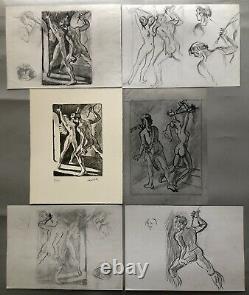 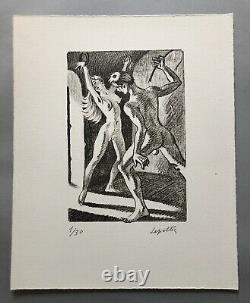 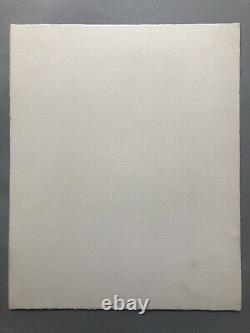 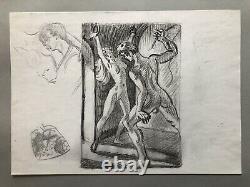 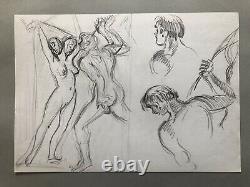 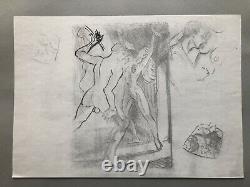 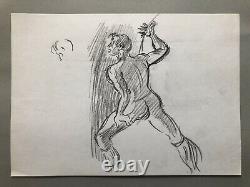 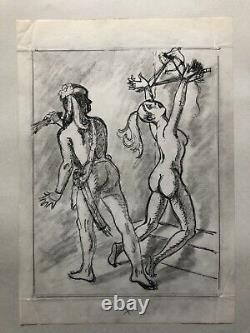 A naughty scene depicting a sado-masochist sex game. Lithograph signed and numbered 1 out of 30 in the bottom margin in pencil. Sheet: 29.5 x 24 cm. Nice condition, a small dirt in the right margin. Joint 5 preparatory drawings on the subject, in pencil and/or ink, including one on layer, formats 29.7 x 21.2 cm.

After five years at the École nationale supérieure des beaux-arts, as well as at the académie de paul albert laurens, where he received a solid training in composition, anatomy, painting and drawing. In particular, he has the advice of a vuillard sdouard.

He worked for a time in the decoration workshops of his father the peltier léon painter. The Second World War and the captivity interrupted his artistic activities.

For more than half a century, he exhibited little in the salons and, although a member of the "group of two-wheelers", little frequented his Parisian colleagues. He painted in betting and in the vicinity of his house on the edge of the oise.

Characteristic artist of the figure of the 20th century, influenced by painters such as Albert marquet, Gustave Lino or Stone Bonnard, nourished by classical culture and faithful to the tradition of French art, he offers a reassuring vision of the world, toning with its freshness and cheerfulness. Benefiting from the aesthetic conquests of his time, going beyond the rules of academicism, he deals with subjects in which the real and the imaginary are subtly mixed.

The seller is "luckylukecollectible" and is located in this country: fr. This item may be shipped to the following country: europe.