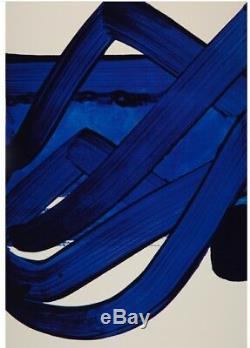 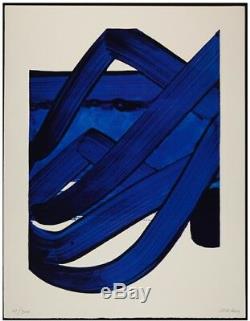 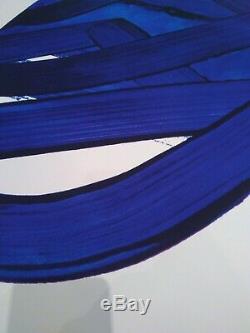 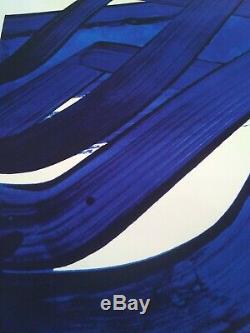 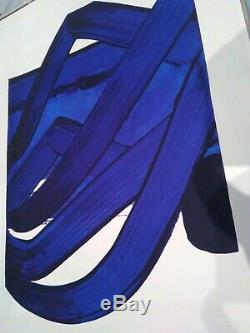 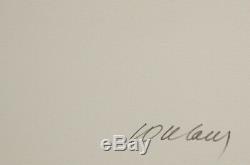 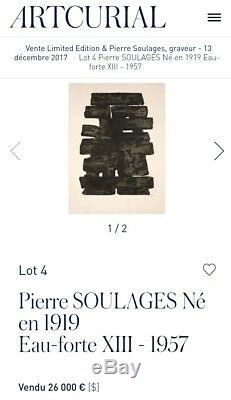 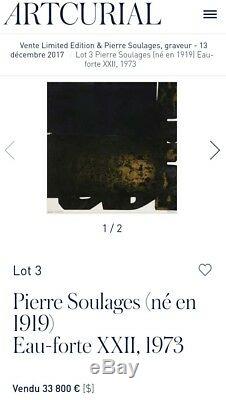 Very young he was attracted to art novel and prehistory. He began painting in this isolated province Nont not penetrated the contemporary artistic trends.

At 18, he went to Paris to prepare the professorship of drawing and competition entrance to higher national school of fine arts. There is accepted but convinced of poor lenseignement quon it receives refuses dy in and left immediately to Rodez. During this short stay in Paris he attended the louvre, sees exhibitions of Cézanne and Picasso which are for him revelations. Mobilized in 1940, he will be demobilized in 1941.

Occupied Paris, he went to Montpellier and regularly attends the Fabre museum. Montpellier her busy round begins for him a hiding to escape the period sto during which he painted over. This nest quen in 1946 that he can devote all his time to painting. It sinstalle then in the Paris suburbs. His paintings where black dominates are abstract and dark.

They are immediately noticed as they differ from the semi-figurative painting and colorful post-World War. There is a workshop in Paris, schoelcher street near Montparnasse. In 1948 he participated in exhibitions in Paris and Europe, including \It is by far the youngest of this small group of painters where the first masters of abstract art are, kupka, Domela, herbin etc. The poster is made with one of his black and white paintings. 1949 personal exhibition in Paris, gallery lydia conti and group exhibitions in New York, London, Sao Paulo, and Copenhagen.

From 1949 to 1952, achieving three ballets and theater sets. First engravings water-strong at the workshop Lacourière.

Other group exhibitions then presented to new york travel in several American museums. This is the case of \He exhibited regularly at the Kootz gallery, New York, and later to France gallery, paris. By the early 50s, works acquired by the Phillips gallery, washington, museum Guggenheim and the Museum of Modern Art, New York, the Tate gallery, london, dart modern national museum, paris, the Museu de Arte Moderna, rio de janeiro, etc. Today, soulages stone is represented in more than 110 museums on all continents with over 230 paintings.

1960 first retrospective exhibitions in Hanover museums, essen, Zurich, the hague. In 1968 he made a ceramic wall with the workshop Mégard for a building in pittsburgh.

In 1979 he exhibited at the Center Georges Pompidou mnam his first single pigment paints based on the reflection of light by the black surface finish. This nascent pictorial light of the difference between two obscurities carries a great power with emotion and great opportunities for development, we lappellera later \From 1987 to 1994, he produced the 104 stained glass labbatiale conch.

Between 1994 and 1998, publication of 3 volumes of the catalog raisonné \Other works have appeared in which rhythm, space and light are born violent contact of black and white on lentière surface of the canvas, another pictorial light. He is the first living artist invited to exhibit at the Hermitage Museum of St. Petersburg and the Tretyakov Gallery of Moscow (2001). Attached to his native soulages consents in 2005 with his wife Colette, an exceptional donation to the dagglomération community great rodez: 500 pieces, all Luvre etched (etchings, lithographs, serigraphs), the preparatory work for stained glass shells, paintings on canvas and paper (one set, including gouaches, inks and walnut husk), documentation, books, photographs, films, correspondence in December 2012, stone soulages and his wife make a new donation to the general community dagglomération rodez: 14 new paintings covering the period from 1946 to 1986.

A donation estimated at 6.8 million euros while allowing the museum Ruthénois dabriter almost all the works of painter rare periods in the largest collection of bunkers in the world. The soulages museum in Rodez was inaugurated in May 2014 with the opening of the first exhibition \In 2007, the Fabre museum of Montpellier devotes a room to present the donation made by the artist to the city. This donation includes 20 paintings from 1951 to 2006 including the major works of the 1960s, two great outrenoir 1970s and several large polyptychs.

Despite three weeks of closure due dune strike personnel, the exhibition received 502,000 visitors, ranking in fourth position of the most visited exhibitions of the whole story of the Center Pompidou. Meanwhile, the Louvre museum exhibits the same year the artist painting a 300 × 236 cm, dating from July 9, 2000, in the square salon Denon wing. He is the favorite painter of his peers, French artists. The item \The seller is \This article can be shipped worldwide.