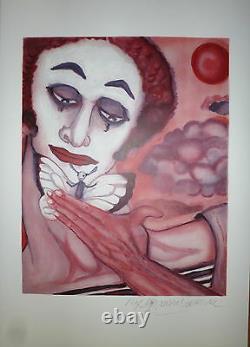 French, the mime marceau became over the years one of the most well-known French artists in the world, notably thanks to his tours in the United States where he created a theatrical revolution in the 1950s, with in particular his movement of the \"walk against the wind\" as michael jackson. Popularized in the 1980s with his moonwalk. Married three times and father of four children, Marcel mangel spent his childhood in Strasbourg. Until the age of 15.

He was educated at fustel high school. Next to the Cathedral of Our Lady of Strasbourg.

Where, according to his French teacher. He was the best student in recitation. Polish is forced, after the German invasion.

To leave his home for perigueux and he continues his studies at the gay-lussac high school of limoges. His father, a kosher butcher. Was arrested in 1944 by the gestapo. Under the influence of its first cousin georges away.

That's when he took the pseudonym marceau. He recounts having \"taken him in the resistance because of the verse of victor hugo. \"and joubert on the adige.\" I was born in the Lower Rhine and I wanted to kick the Germans out of France.\" In the French Liberation Army.

Thanks to his excellent command of English. He became a liaison with General Patton's army.

After attending the school of decorative arts of limoges, which leaves him the taste of drawing. Quil practices regularly, marcel marceau becomes the pupil of charles dullin. Which establishes the \"grammar\" of the art of the mime that he called \"mobile statuary.\" His art of mime or rather of \"mimodrame\" is to give shape to his (tragic) thoughts through gestures. \"Speech is not necessary to express what is on one's heart.

\" The artist's birthday, comes out of the backstage a funny character, lunar pierrot, \"screaming blafard\" with a charcoal lil and a mouth torn with a red line, a funny top-of-the-line on the head, a trembling red flower serving as a panache for this quixote don. Degingandé going on a crusade against the windmills of the existence: beep was born, as inseparable from marcel marceau as the charlot character. Bip is a sensitive and poetic being, inspired by deburau. And the pip character from the novel of high hopes. That allows him to explore modern life and society and highlight their tragic side.

\"Beep is a timeless character, yet close to my childhood dreams. He is the man simply, showing himself in the nudity and fragility of his being. In 1947, he founded his own company (Marcel Marceau Company) -- the only mime company in the world. And inscribed in the repertoire of mimodrames and pantomimes \"the mantle\", according to gogol. \"the flute player,\" \"style exercises,\" \"the matador,\" \"the little circus,\" \"laughing bets, crying bets.

\" In 1952, he enlisted in his company stone verry. Pupil with him of Etienne decroux. Who will be his partner until 1979.

Accompany marcel marceau on tour all over the world, presenting his numbers with his famous signs. He will be replaced in 1980 at the opening of the Venice Biennial at the Fenice. From 1969 to 1971, Marcel marceau founded and directed the first international mime school in Paris.

He met and hired alejandro jodorowsky at that time. Who was already using mime in his first fando and lily film. Over the years, the mime marceau became one of the most well-known French artists in the world, thanks in particular to his tours in the United States. Where he created a real theatrical revolution in the 1950s.

In particular, its \"walking against the wind\" movement, the origin of the moonwalk. He continues his gestural work through the biggest stages of the world.

In 1975, he played in the courtyard of the Popes' Palace for the Avignon festival. In 1978, he founded a mime school in Paris. Where he teaches in order to ensure the succession. It was the international school of mimodrame to perpetuate the \"grammar\" reinvented by Etienne decroux.

He died only two weeks after his colleague and collaborator in this work, the former honorary vice-president of the association, guy erismann. Member of the Academy of Fine Arts. (free members section) on the 27th. Painter, a large exhibition was dedicated to him in October 2003 in Strasbourg, on the occasion of his 80th birthday. His collection was scattered on Tuesday, May 26, 2009 in the Drouot Hall.

Officer of the Legion of Honour. Commander of the National Order of Merit.

Commander of arts and letters. The beautiful and the emperor. This is the first time his voice has been heard. Malcolm shanks , with tsilla chelton, philippe clay, cindy eilbacher, larry bishop, gift calfa, it is screened at the French Cinematheque on Monday, July 13, 2009 and Thursday, July 23, 2009. The latest madness of mel brooks.

(silent movie) by mel brooks. Paradoxically, in this silent film, he utters only one word -- \"no\" --, that appears in a vignette like all the other dialogues in this film, like the films that are about talking about talking cinema - from its English title.

The fountain of youth of boris kochno. The matadors of marcel marceau, theatre of the ambiguous.

For his show, theatre of rebirth. The Seven Deadly Sins, workshop pons, 1965.

When he died, the daily newspapers did not hesitate to call him \"the most famous Frenchman in the world\". Was very strongly inspired by marceau, which demonstrates its great notoriety, even in Japan. He will also appear in a volume of yakitate japan, a Japanese manga about the world of pastry.

The seller is \"artdac\" and is located in bets. This item can be delivered anywhere in the world.