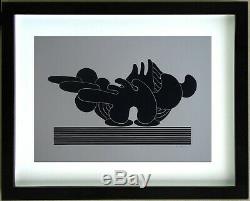 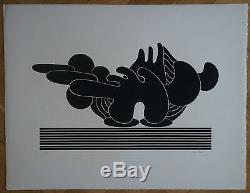 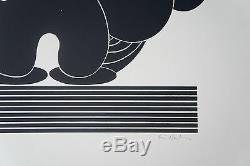 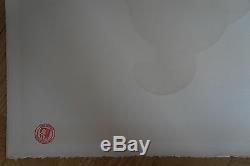 Ervin Neuhaus - \Signed, stamp the \Size 50 x 65 cm - very good condition - sending protected, secure packaging (costs included in the port). The frame is virtual (not included) and allows you to see Luvre framed. Possibility sending parcels relay world relay Kiala, etc ... Born in Hungary in 1928, he was educated in Belgrade and Jerusalem before arriving in Paris.

Specialist of lithography and monotype (mechanical printing process single test), it is also appreciated for his collages. Prolix artist, sculptor, painter, videographer, musician, he is also the author of several grandiose enamel paintings. He has exhibited regularly in various biennial Parisian salons of Paris, etc. And answered numerous public commissions. In 1947, after being admitted to the academy of fine arts in Belgrade, he returned to the faculty of the university of darchitecture larpentage.

He participated in several group exhibitions. In 1956 he sinstalle in Paris and sinscrit to top lecole National Gallery.

In 1957 he made his first solo exhibition in Paris, at the gallery of the House of Arts. In 1961, he participated in the 2nd Biennial of Paris.

From 1962, he produced numerous drawings, sculptures, lithographs and especially he began painting. In 1963, he graduated from Ecole Nationale lecole of Fine Arts.

1989 monotypes exposure to Rolf wahl Gallery (Paris). He died in 2012 at the age of 84. The item \The seller is \This article can be shipped worldwide.